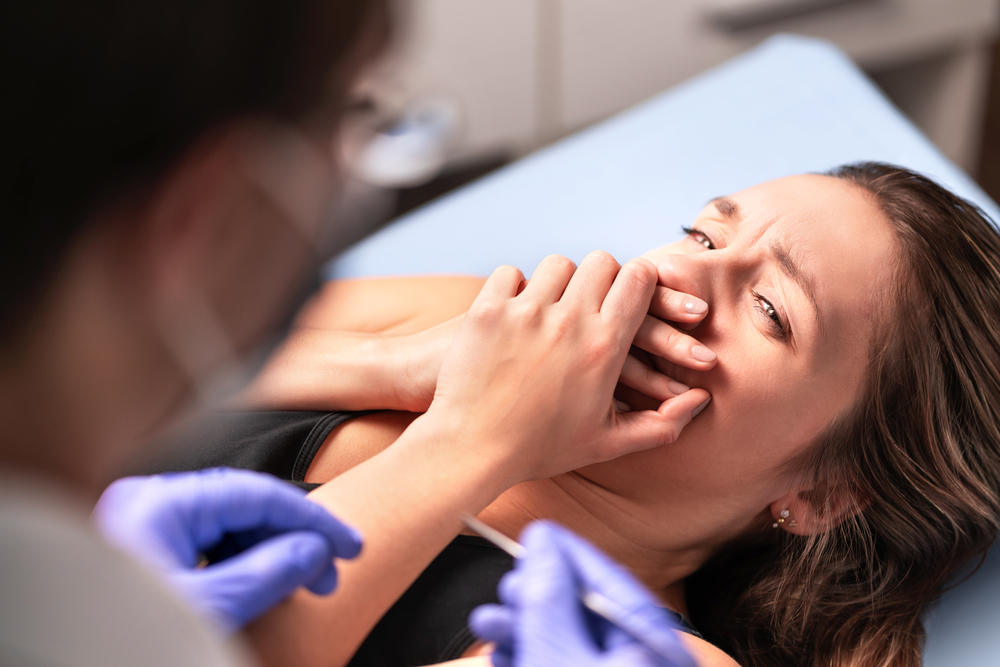 Fears and phobias are often confused. Hardly surprising – the two are closely linked and share much in common.

Fears and phobias are often confused. Hardly surprising – the two are closely linked and share much in common. But look a little closer and you’ll discover a world of difference between the two states of mind. In this article, we’ll look at fears and phobias and try to understand the differences between them.

One of the easiest ways to understand fear is by looking at it through an evolutionary lens. Without fear, prehistoric man would have succumbed to all sorts of easily avoidable fates like falling from heights or becoming prey to dangerous animals.
That’s because fear is a natural protective instinct that sends us running to safety and out of harm’s way. Without it, humankind may never have made it out of the jungle. Man isn’t alone in experiencing this most primal of instincts – it’s the primary protective mechanism for most higher animals.
In biological terms, fear is the activation of the automatic nervous system, which leads to the ‘fight or flight’ response when the heart rate and breathing quicken, the pupils dilate and blood flow to the major muscles increases.
What feels like panic is our nervous system preparing the body to stand its ground, fight whatever danger is present, or turn and run.

* Fear is an evolutionary response that helps us deal with or avoid danger
* The fear response is a result of the nervous system flooding the body with adrenaline and stress hormones like cortisol
* When frightened, the heart rate and breathing quicken, pupils dilate and blood thickens as the body prepares itself for potential injury
Other effects include sweaty skin, goosebumps, cold hands and feet and increased pain perception

So What is a Phobia?

If fear is the body’s natural response to danger, we might describe a phobia as what happens when the fear response is triggered when everything’s hunky-dory.
Phobias can haunt us even when there’s no danger to be seen and the fear can seem way out of proportion to any actual threat posed.
Because sufferers often see perfectly safe objects or situations as threatening, phobias often seem irrational or nonsensical to others.

It’s possible to have a phobia of almost anything.

Astraphobia - fear of thunder and lightning

Specific phobias like those listed above relate to particular objects or scenarios.
Social phobias are more commonly referred to as social anxiety disorders and usually relate to anxieties around interacting with others.
Agoraphobia is the third type of phobia. It’s commonly misunderstood as being a fear of open spaces. More accurately, it relates to a fear of being in situations or areas where there is little chance of escape or assistance if things should go wrong.

So, where fear occurs whenever we are presented with a dangerous situation, phobias are a learned process in which the nervous system kickstarts the fear response in the absence of danger.
Therefore, phobias can prevent sufferers from putting themselves in situations (like visiting the dentist, for example) that seem scary even though they’re perfectly safe.
* Phobias are a learned response
* People living with phobias may perceive dangers where there are none
* While they can appear to be irrational to others, phobias are very real to those who experience them
* Phobias can prevent people from doing everyday activities that others take for granted

In conclusion, while phobias and fears share much in common, they couldn’t be more different. Fear is a normal reaction to danger ingrained by many thousands of years of evolution.
On the other hand, phobias are usually a learned response and a result of fear kicking in even when no danger is present.
If you find fears and anxieties getting in the way of day-to-day activities, you could be dealing with a phobia.